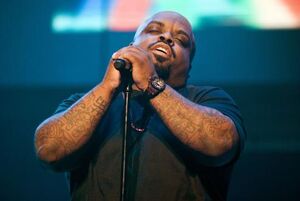 It's confirmed-- much-loved musician Cee Lo Green will be appearing on Parenthood soon. He will be playing himself on the family drama, in an episode where Adam and Crosby Braverman buy an old recording studio. Given Cee Lo's connection to the television show The Voice on NBC, it's not surprising that he is making a cameo appearance in Parenthood. This also means Parenthood could see other big-name musicians in the future.

Keep an eye out!